July 27 was a busy day for Cambridge Ontario firefighters. The temperature was 39 C (102 F) with the humidity factored in.  Fire dispatch toned out Pump 33, 32, 31, Aerial 36, Rescue 31, and Car 323 for smoke coming from the windows of a townhouse at 220 Linden Drive at 14:02. P 33 reported heavy smoke coming from a row of townhouses on arrival. Firefighters pulled numerous attack lines to fight the fire and A 36 setup their tower.

The fire spread to 216 and 224 through the attic. Crews were pulled from the structure early to go defensive. Command requested A 34 to the scene and had them setup in front of P 33. The hot day was taking its toll on firefighters and Cambridge’s last truck, P 35 was requested to the scene. Two off-duty crews were called in to staff Tanker 31 and spare P 38. Ayr sent a pumper to stand by in the south end of the city, and Kitchener was put on standby.

One firefighter was taken to hospital with heat exhaustion. The bulk of the fire in the attic was knocked down two hours after arrival. Crews reentered 220 to knock down visible fire at the front of the unit. Once they extinguished the fire, command started to release some units around 16:40. Damage has been set at $1.5 million dollars but could be higher. The Ontario Fire Marshall was called in to assist Cambridge Fire Prevention in determining the cause. Box 690 provided rehab serving over 200 drinks at the fire. Photos taken 20 minutes into the call. 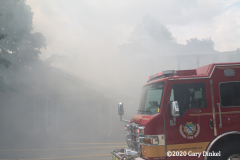 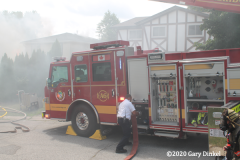 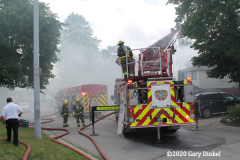 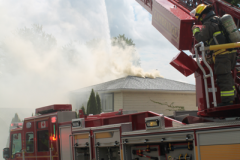 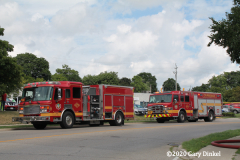 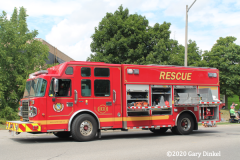 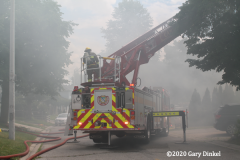 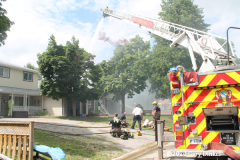 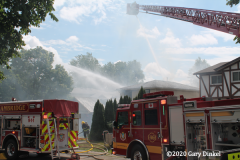 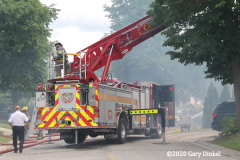 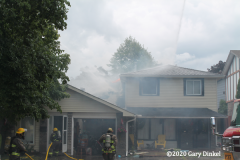 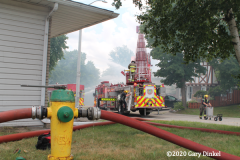 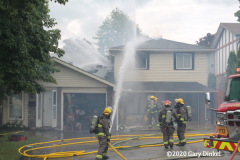 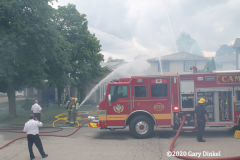 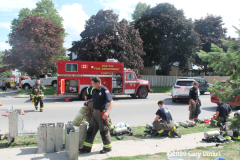 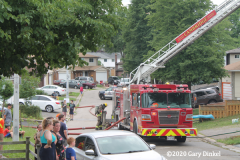 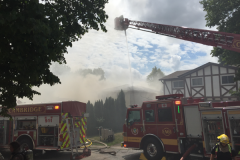 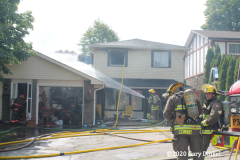 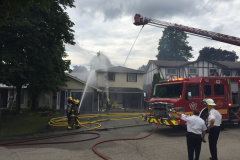 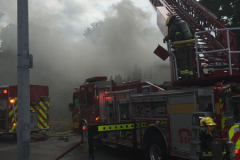 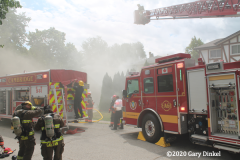