West Stafford, CT had this 2nd alarm plus on 5/26/21 at 22:56. The Conklin Rd house sat way off the road on the edge of a cliff. Heavy fire on arrival after a severe storm had passed through the area. Numerous mutual aid assisted at the scene.
Patrick Dooley 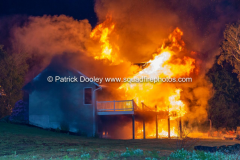 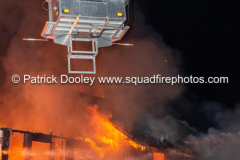 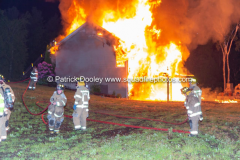 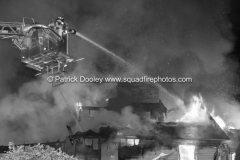 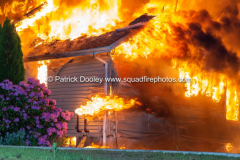 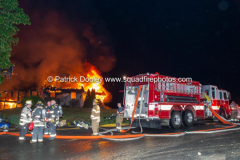 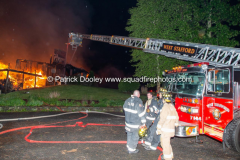 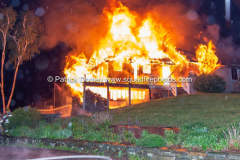 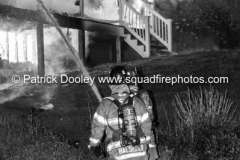 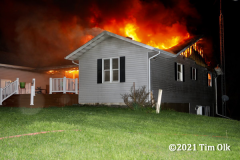 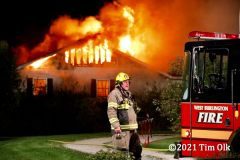 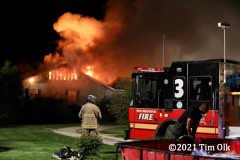 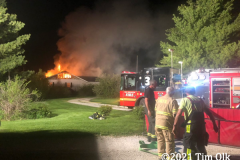 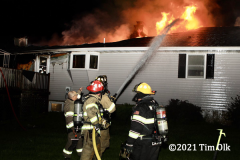 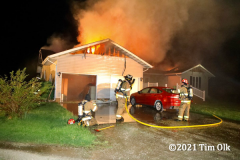 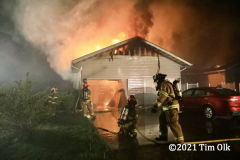 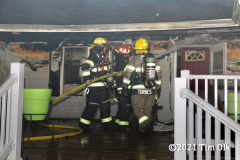 A Walterboro, SC family lost their home in an early morning fire at 312 King Street, Sunday 07-February. At 02:54 9-1-1 received a report of the fire, with the caller telling dispatchers the home had flames visible. The family was awakened by smoke and flames in the home and narrowly escaped into the rainy night. Colleton County Fire-Rescue Engine 1 arrived to find the home approximately 60 percent involved.

Firefighter-Paramedics deployed multiple hand lines to the building as flames began extending out of all the front windows. The roof over the car port had already collapsed. Crews worked for about 25 minutes to bring the fire under control and remained on the scene for 2-1/2 more hours performing overhaul. The interior of the home was gutted and the family lost most of their belongings as well as a vehicle under the carport. The fire appears to have started in the kitchen in the area of the stove. A family member noted they had been cooking earlier. The Red Cross is assisting the family.
Engine 1, Engine 19, Tender 1, Tender 19, Tender 26, Tender 27, Medic 1, Medic 13, Battalion 1, Car 112 and Car 118 responded. Battalion Chief Chris Jones served as Incident Commander. 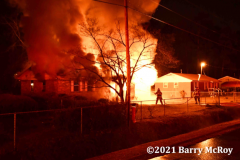 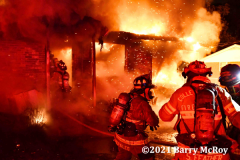 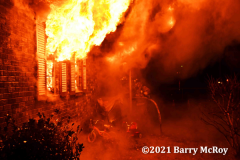 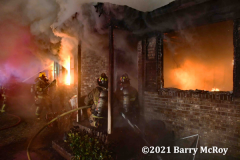 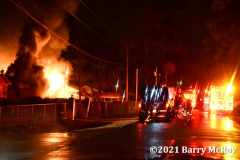 Firefighters in Algonquin, IL battled a 2-alarm fire in a house at 81 Riverdale Drive East on 12/3/20. More photos can be found HERE

Detroit firefighters at the scene of a dwelling going throughout in the early morning hours of May 22, 2018 at 3663 Hunt Street.