Cicero, IL companies were dispatched to 28th and Cicero Ave early Tuesday afternoon (6/1/21) for a report of flames from the building. Numerous calls came in and corrected the address to 4827 & 4829 w 28th Street. Engine Co. 3 arrived and reported heavy showing from the rear of a 2.5 wood-frame with exposure problems. Cicero F12 arrived on scene and boxed it shortly thereafter. F12 reported heavy fire in two, 2.5-sty buildings. Multiple 2.5 inch lines were dropped from all three Cicero engines. Truck Co. 2 made an aggressive attempt at a Milwaukee style cut, which ended up saving the rest of the roof of the one building. Truck Co. 1 was on the roof of the exposure and made numerous holes there as well. Mutual aid came from Berwyn, Stickney, Oak Park, River Forest, Forest Park, Bedford Park, Lyons, and Riverside. All the companies on scene did a great job and made very aggressive interior and exterior attacks to save the rest of the buildings involved and the other exposures. 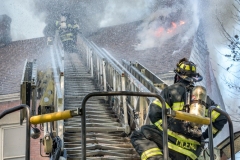 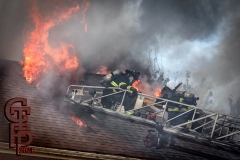 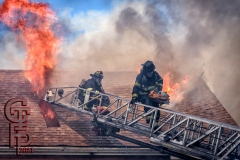 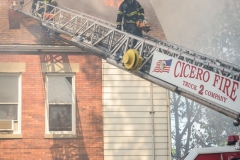 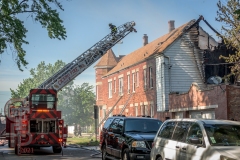 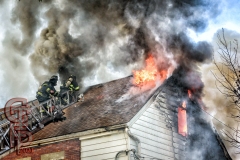