Sunday night I made it to a fire in the 18th Battalion on Chicago’s westside at 1521 S Kilbourn. Engine 38 arrived to find a 2.5 sty ordinary vacant building completely boarded up with fire on all floors. Companies had forcible entry issues with steel bars behind the boarded up doors. Once the crews finally made entry, they encountered heavy fire and could not make a push. Battalion 18 ordered companies to go defensive and pulled a box. Both Engine 38 and Engine 113 (First companies) had frozen hydrants on Kilbourn. Engine 99 (3rd due) found a good hydrant a block to the East and fed Engine 38. Engine 95 came up the rear in the alley and deck gunned it. 95’s hydrant guy used 200′ of 4″ and broke down a fence and stretched to a midblock hydrant on Kenneth. Full gallery is on our site. 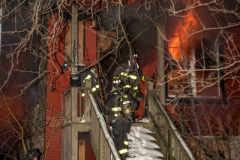 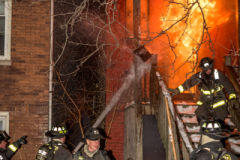 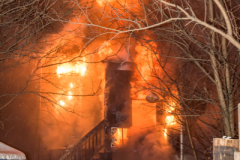 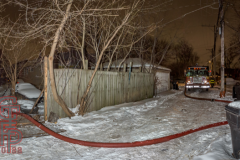 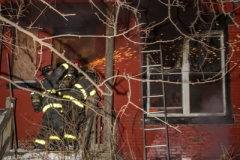 MILFORD, CT – Just after 7:00pm on January 25, 2022, the Milford Fire Department was dispatched to the area of E. Rutland Rd and Chevelle Pl for a reported structure fire with multiple calls coming in. Once on scene, first-due companies found a 1 1/2-story cape on E. Rutland with heavy fire showing from the A-side. During operations, firefighters were pulled out of the structure due to heavy fire involvement and had to switch to a defensive stance. Unfortunately, one victim was found deceased during a search after crews were able to go interior. The Milford Fire Marshal along with the Connecticut State Police Fire Marshal will be completing the investigation.
A the full gallery of still images is here 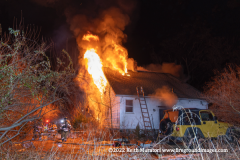 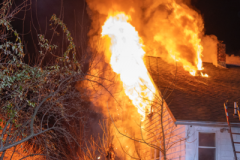 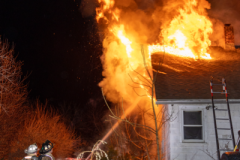 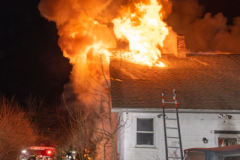 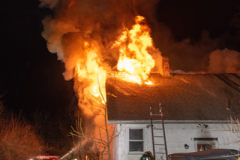 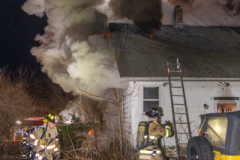 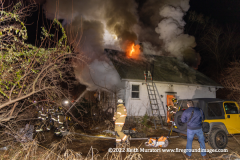 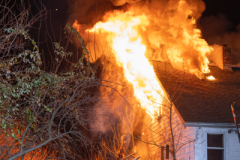 The Wheeling Fire Department (IL) received a call reporting fire in a house at 40 Versailles Court just before 8:30 PM Wednesday evening (1/26/22). The initial assignment was Glencoe Squad 30, Des Plaines Engine 61, Buffalo Grove Tower 25, Lincolnshire-Riverwoods FPD Battalion 51, Mount Prospect Battalion 3, Arlington Heights Ambulance 2, Wheeling Squad 24 and both Wheeling ambulances. The balance of  the Wheeling companies including chief officers were at a house fire in neighboring Prospect Heights just over a mile away. Prospect Heights units would also have been due on the initial alarm with Wheeling companies. Des Plaines and Glencoe responded from Wheeling stations where they were providing coverage.

As the fire in Prospect Heights was winding down, command at that incident released a Wheeling engine, Wheeling chief officers, and Lincolnshire-Riverwoods Squad 51 to take in the Wheeling fire. Squad 24 was the first to arrive and initially reported nothing showing. After approaching the home on foot, they noted that the house was full of smoke and made the hydrant in the cul-de-sac. The alarm was upgraded to a Working Fire which added Mount Prospect Engine 14 and North Maine Engine 1 in addition to Wheeling Battalion 24 who cleared from the Prospect Heights incident.

Companies found a basement fire which was extinguished in short order, but he fire burned through a spot above on the first floor creating hazard to interior crews. The entire house was filled with smoke and had to be ventilated. 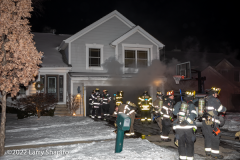 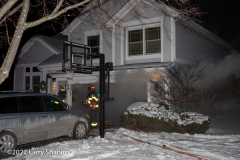 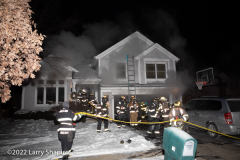 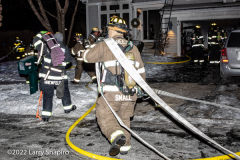 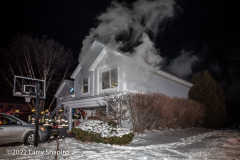 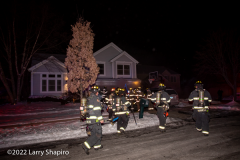 Here are some images from the scene of MABAS Division 7’s 2nd Alarm in Momence, IL on Sunday morning 1/2/22. The fire was in a 150 x 300 manufacturing plant that had a truss roof. The plant produced freeze-dried vegetable, fruit, and herb ingredients. 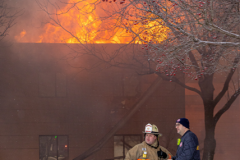 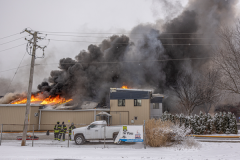 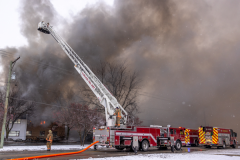 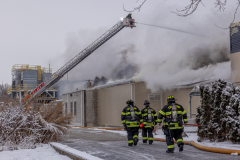 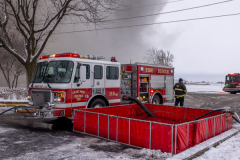 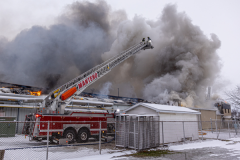 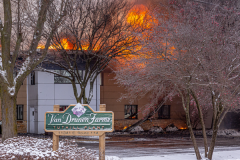 More photos can be found here

Milwaukee Fire Department responded to a house fire near North 13th Street and Highland Avenue shortly after 12:30 AM this morning. The fire was reported by an officer who was inside Aurora Sinai Medical Center, a block and a half away.  No one was injured in the fire but the home is expected to be a complete loss.