West Hartford, CT had this 2-alarm fire on 2/24/21 at 06:25. The house was under renovation and companies had heavy fire showing from two floors on arrival. The other side of the street is the City of Hartford.
Patrick Dooley 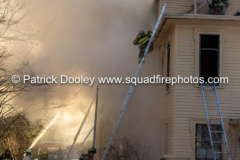 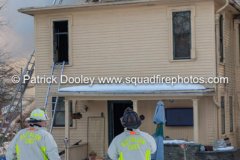 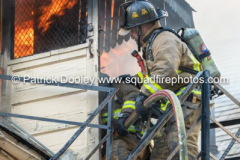 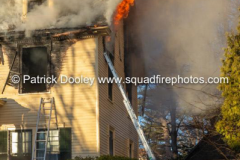 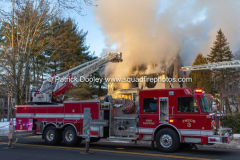 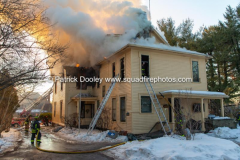 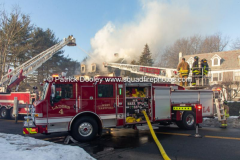 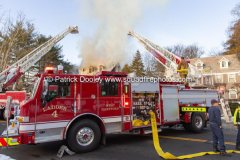 Newport FPD in Wadsroth, IL. 02/18/21 in the 13000 block of Wadsworth Rd. A fully involved attached garage fire. Command upgraded to the working still and then to a box. One dog was rescued, no injuries reported. 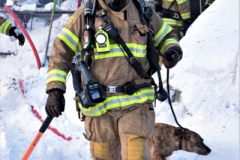 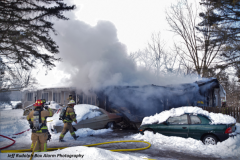 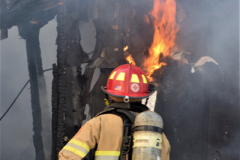 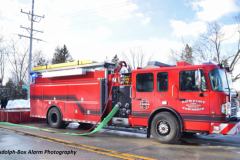 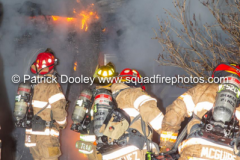 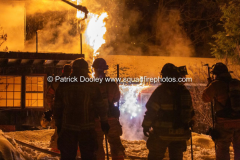 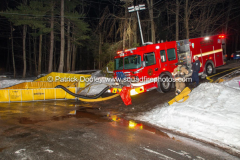 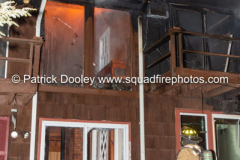 Hartford, Ct 2-alarm at 766 Garden St on 2/13/21 at 03:11. At least 3 occupants rescued by the FD with one via ground ladder from the front 3rd floor porch. A mayday was also transmitted but all members were able to exit the building safely.
Patrick Dooley 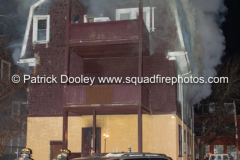 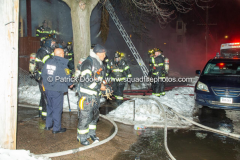 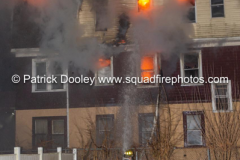 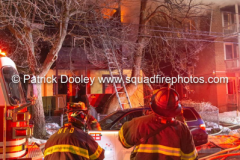 Box at 5733 W Grover early Friday am in Chicago

More photos are in this link 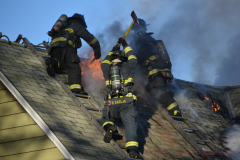 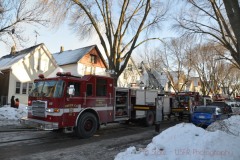 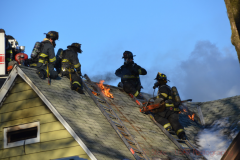 At 04:35 Tuesday morning 09-February, Colleton County (SC) Fire-Rescue units were dispatched to a structure fire with possible entrapment in the 100 block of Ann Court near the City of Walterboro. Engine 26 arrived to find the single story wood frame structure approx. 70% involved with heavy fire showing throughout the structure. The roof had already collapsed in the rear of the building.

Firefighter-Paramedics deployed multiple hand lines to the buildings and one team was able to enter a front room through a window to perform a quick search of the room. They were unable to locate anyone in the room and were driven out by the intense heat. One firefighter received non-life threatening second degree burns to his shoulder and back, but denied ambulance transport to the hospital.

Crews aggressively worked the fire and had the bulk of the flames knocked down within 15 minutes. They were able to reenter the building and search for a victim. Neighbors advised the single occupant should be in the building. Sadly, crews located the adult female’s body in the bathroom toward the back of the structure. The Coroner’s Office and State Police Fire Investigators (SLED) were notified. Both agencies, as well as the State Fire Marshal’s Office responded.

The fire appears to have started in the center of the home in what a neighbor advised was the living room. Firefighters worked for about two hours performing overhaul and remained on the scene assisting SLED throughout Tuesday morning. The cause of the fire is under investigation.
Engine 1, Engine 26, Engine 27, Tender 1, Tender 19, Tender 26, Tender 27, Medic 19, Medic 26, Battalion 1, Car 105, Car 112, Car 118 and Car 119 responded. Battalion Chief Brent Dalton served as Incident Commander.