New Hamburg’s pumper set up on the ‘A’ side between the fully involved barn and a 200 x 30’ driving shed. Three port-a-tanks were set up for water supply which was shuttled from a hydrant approximately three miles from the scene. Multiple small and large lines were pulled to protect the shop and silos. Baden’s pumper set up on the ‘D’ side and pulled lines to the rear of the barn and was supplied by New Hamburg’s pumper.

Firefighters did a really good job of protecting the exposures. There was some damage to the shop siding and roof from radiant heat, and it was believed there was no damage to the two silos that had just been filled. It was a warm night and command asked for the balance of New Dundee to the scene to relieve tired crews.

Fire was declared out at 2:00 after a front-end loader pulled the building apart, and spread straw out for firefighters to extinguish.  Forty firefighters worked the fire. Box 690 provided rehab, serving 166 cold drinks. Photos start 25 minutes into the fire. Wilmot had five pumpers, four tankers, three heavy rescues, and a 75’ quint on scene. 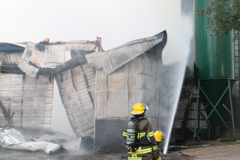 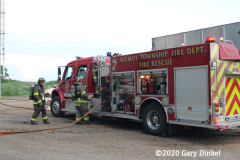 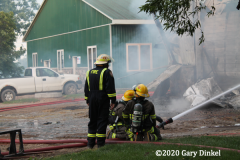 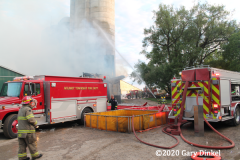 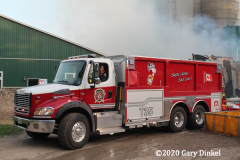 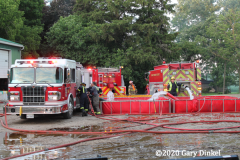 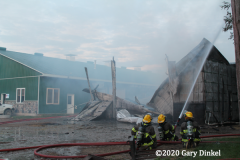 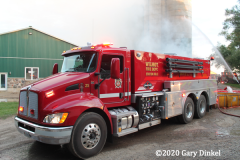 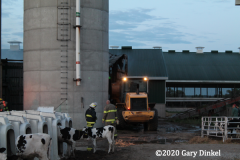 WATERBURY, CT – At approximately 8:00pm on June 20, 2020, the Waterbury Fire Department was dispatched to 81 Walnut Street for a reported house fire. First companies on scene found heavy fire showing from the 2nd and 3rd floors of a 2 1/2-story, wood frame. Fortunately all 10 family members made it out safely. The fire was put under control but not before special calling extra companies to the scene.
A full gallery of still images from this incident is HERE:

Windsor, Ct had 2 alarms at 53 Park Ave on 6/14/20 at 13:30. One member became trapped in the basement while searching for the occupant reported to have been down there and gave a mayday. He was removed with no injuries. Occupant was not home at the time of the fire. More pictures
Stay safe,

Here are a couple shots from a fire in McCook, IL a couple weeks ago @ 5300 Joliet Rd. Companies had a semi truck going in a commercial building.

Here are a few pictures from a fire on Joliet’s (IL) west side Sunday morning (6/7/20). The fire was in the 2100 block of Wesmere Lakes Drive. It appears the fire was in the attached garage and spread to the attic. Engine 9 (using spare 19) Truck 9 (using spare 19 staffed again?) were first due. A total of three lines were used and the roof was opened. Also on scene were Engine 8, Engine 7, Engine 10, Battalion 2, and a few ambulances. Crews did a great job with a quick knock of the fire.