On 5/11/2020, Weymouth Fire Alarm dispatched a first-alarm assignment to Broad Street for a reported fire. On arrival companies had smoke showing with heavy fire inside and through the roof. Multiple handlines and an aerial stream were used to fight the fire. A second alarm brought crews from Quincy, Hingham, and Braintree to the scene. More photos can be found here:
Sean Fesko/911 ERV

Medford: On May 11, 2020, Medford Fire Alarm dispatched companies for a report of smoke in the area of Canal Street. While en route, additional calls came in reporting a fire in the rear of a residence set alongside the Mystic River. Companies had heavy fire on arrival and immediately struck a second alarm; a third alarm was struck about 15 minutes later. Due to the location of the home along the river and on a dead-end section of the street, companies fought the fire street side, in neighboring yards, and from a bridge crossing the river. More photos can be found here:  Sean Fesko/911 ERV

South Windsor, CT arrived at 387 Main St to a fire in the debris pile spreading to a barn. Within minutes the barn was fully involved helped by heavy winds which spread the fire.
Patrick Dooley

Working fire in Woolwich Township and Cambridge, ON – May 5, 2020

Kitchener Ontario Fire Dispatch was extremely busy May 5, 2020 with multiple fires coming in minutes apart. Dispatch is responsible for all fire calls in the Region of Waterloo with a population of approximately 610,000. There are three full time departments, Kitchener (7 stations), Cambridge (6 stations), and Waterloo (4 stations). The four township departments are paid-on-call. The largest of these department is Woolwich (6 stations), then Wellesley (3 stations), Wilmot (3 stations), and North Dumfries with one station. Cambridge is contracted to cover 40% of the township for the first hour.

Tuesday, May 5 had been a relatively quiet day for dispatch with just a handful of calls. That all changed at approximately 14:20 when four of the Cambridge stations were dispatched to a possible structure fire at 144 Franklin Street North. Firefighters arrived and reported smoke and fire visible on the E4 side and were informed that homeless people had exited the abandoned building before crews arrived.

Numerous hand lines were pulled to attack the fire which was knocked down in 20 minutes. Access to the house was difficult due to the northbound lane of Fountain Street being closed for construction. 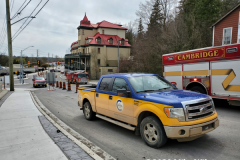 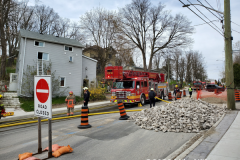 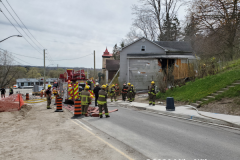 Cambridge’s remaining two stations were dispatched to a brush fire on Hespeler Road at this time, and just to keep dispatch busy, Waterloo was dispatched to an automatic alarm in an apartment building, which was updated to smoke in the hallway prompting a third station to be dispatched.

I was responding to the call and was halfway there when dispatch toned out Elmira, Floradale, and St Jacobs for a possible structure fire at 81 First Street West. Firefighters from the Elmira station reported heavy smoke visible from their hall.

Three Box 690 members were on scene at the Cambridge fire, so I turned around and headed north to cover the Elmira fire where three other members helped me. Elmira had arrived to a fully-involved, single-story group home, with heavy fire through the roof. The Elmira pumper was out for the annual pump test so Tank 612 was first out. One 65 mm and three 45 mm lines were pulled to attack the fire and protect the exposure on the C-side. Elmira’s quint picked up a hydrant on Flamingo Street and setup for tower operations in addition to putting two 45 mm hoses into operation. A passerby alerted residents and staff of the fire and all safely exited the building before firefighters arrived. The fire was knocked down in 45 minutes. Fire is believed to have started in a shed on the E2 side of the building. Photos were taken approximately 25 minutes into the Elmira fire. Box 690 provided rehab at both fires. 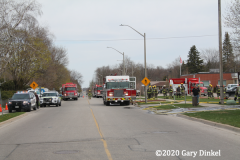 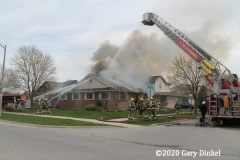 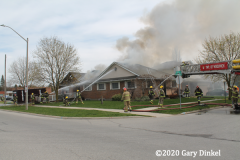 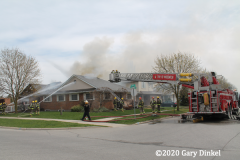 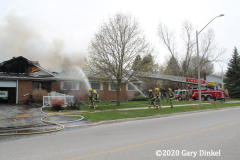 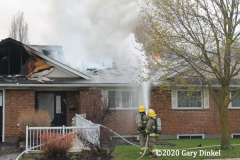 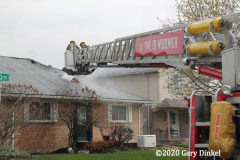 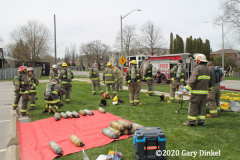 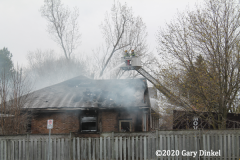 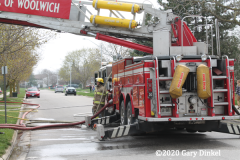 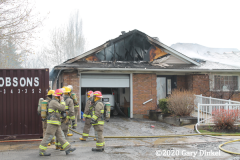 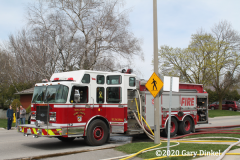 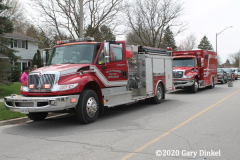 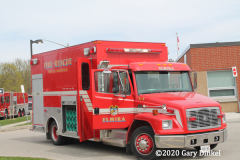 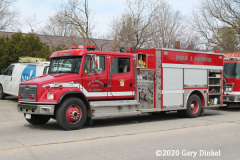 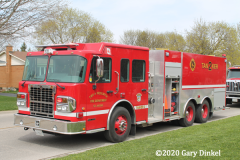 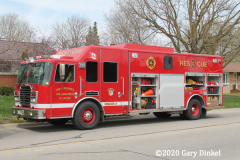 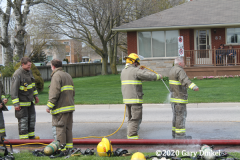 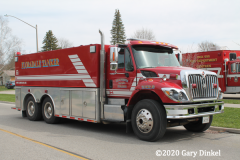 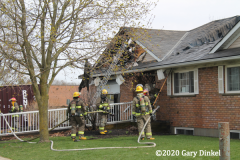 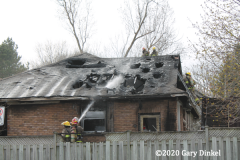 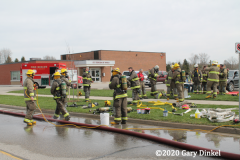 Firefighters in Northbrook, IL were dispatched to a house fire at 4040 Timberlane Drive in an unincorporated area of their district Wednesday afternoon (5/6/20). They found an active attic fire in a ranch house. There was nobody home at t he time of the fire which was contained in under an hour.

More photos are at Chicagoareafire.com and HERE.