Waterford Ln. Fire (Shelton, CT) 1/14/21 SHELTON, CT – At approximately 12:44pm on January 14, 2021, the Shelton Fire Department was dispatched to Waterford Lane for a reported kitchen fire.  First units on scene found heavy fire showing from two windows on the D-side of a wood frame private dwelling.  All occupants and pets were reported out of the structure safely before FD arrival and an interior attack was commenced.  Conditions deteriorated quickly as the fire spread rapidly throughout the home and all members were ordered out of the structure for a defensive attack.  A mayday was called during overhaul operations when two firefighters broke through the fire ravished second floor.  Neither were injured and the mayday was quickly cleared. 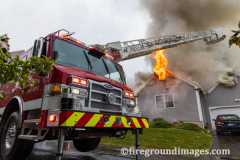 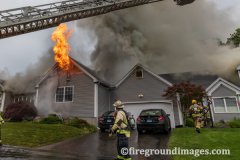 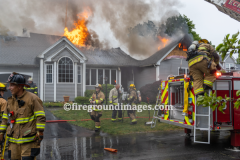 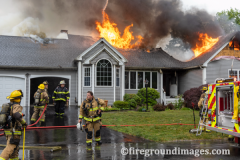 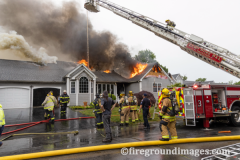 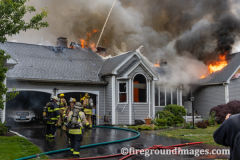 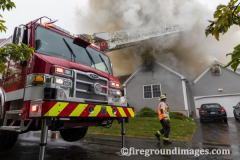 This video was shot by Jim McCall Back in December

From the Fox River & Countryside FPD. Story is at Chicagoareafire.com 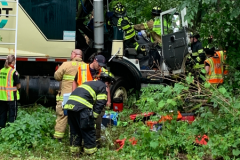 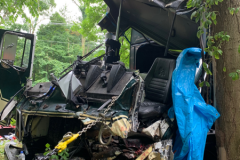 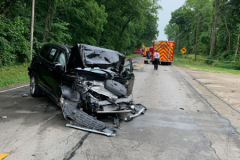 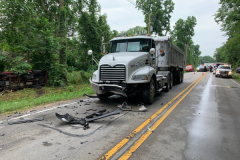 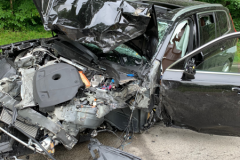 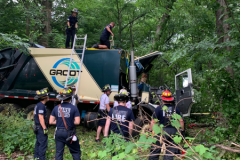 01-17-2020: Chicago FD Truck Co. 48 reported a fire at 1539 S Hamlin Friday evening (1/17/20) during a bad snow storm. Building was a vacant, 3-sty ordinary, 30’x75′. Engine 109 was the first engine since Engine 38 was tied up on an EMS run. Battalion 14 arrived and boxed it right away. Companies went defensive due to forcible entry problems and fire being on all three floors already. Engines 38 & 99 were the box engines and both were feeding the master streams (TL5 & SS1). 2-2-4 pulled a 2-11 Alarm shortly after for manpower purposes. I don’t believe the 2-11 engines were used. Wind gusts up to 35mph and heavy snow for the duration of fire which made it very difficult to fight this job. 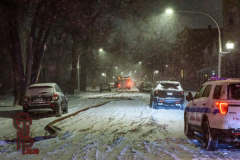 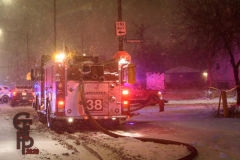 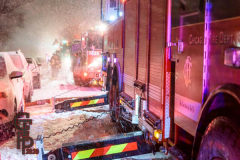 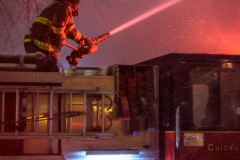 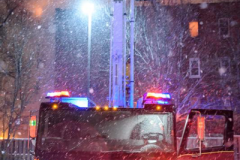 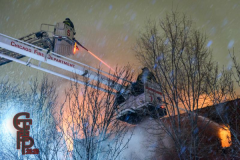 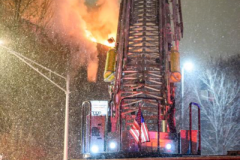 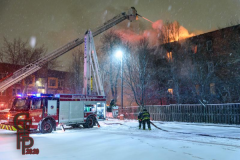 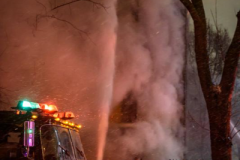 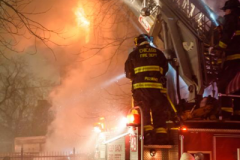